Winter loss of colonies – dead bees and why did my bees die?

It is finally looking like spring at my old Kentucky home, bees are flying, a lot of blooming underway, bees are bringing in nectar and pollen, and I am putting honey supers on my hives. However, I continue to receive questions about colonies lost this past winter. Winter is rough on bees, winter colony losses occur in hives in nature (trees), as well as in managed colonies. Our role as honey bee shepherds, or beekeepers, is to help our bees survive better than in nature.

Below are a couple of photos of what beekeepers often see when opening colonies that have died out in winter. The first (below) shows dead bees with their head down in the cells. 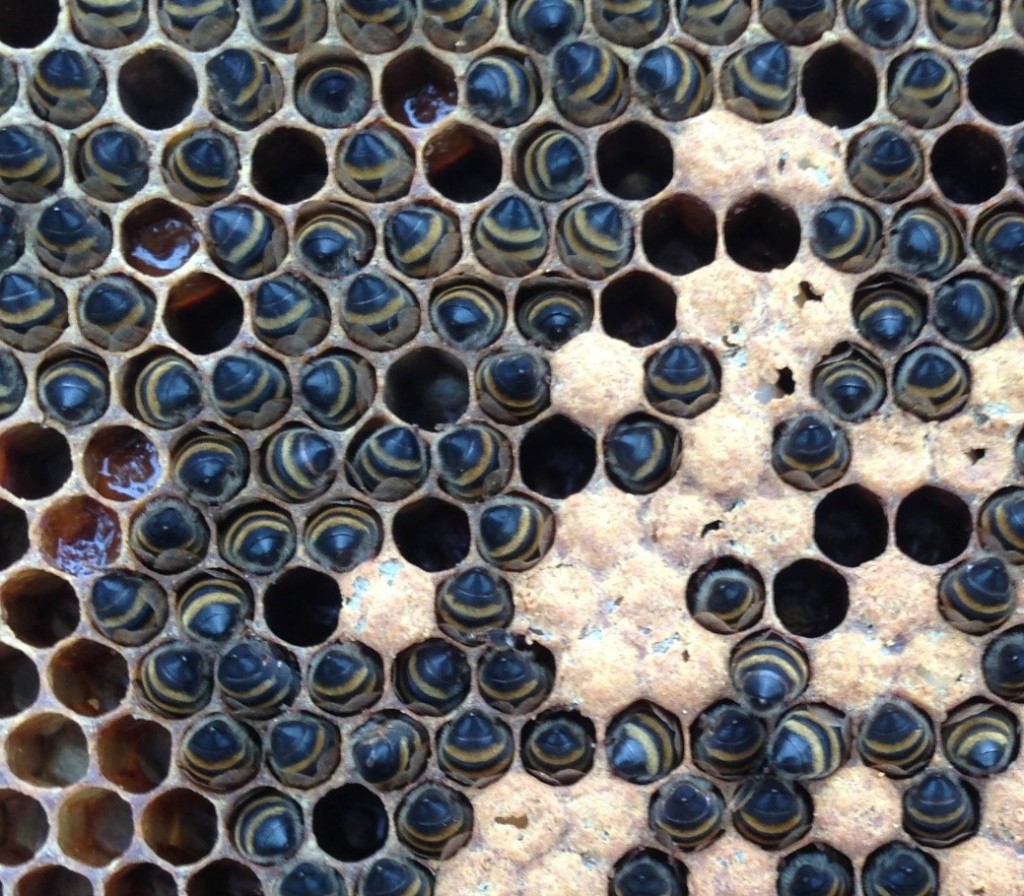 Dead bees in that position indicate starvation, even though there was stored honey elsewhere in the hive. The other is a very small, baseball sized cluster of dead bees. 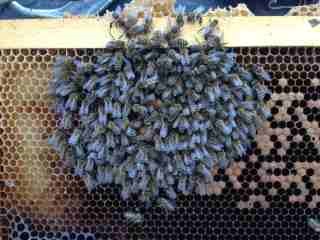 I’m certain that the low population contributed to the colony’s final demise. It is not unusual to see clusters of starved bees, in the winter or early spring, inches from honey.

When I speak to beekeepers about helping our bees get ready for winter, I talk about three major issues: 1 – numbers of bees, 2- food stores, and 3 – colony health. As the colony goes into winter, it needs to contain a strong population of healthy bees to survive until the warmth of spring brings flowering and nectar flows and the colony can produce new bees. Having enough bees in the hive in cold weather is crucial. The larger the winter cluster, the more easily the colony can raise temperatures to a survivable range, plus a large cluster can sift position in the hive and move to additional honey stores. I tell beekeepers that we want at least 20,000 bees per hive in late fall (about one full, deep box), but no matter how many bees begin the winter, some will die before spring. During winter, the cluster must constantly be fueled by stored honey to produce heat, and they must move to additional honey as it is needed. A small cluster, such as the one in the above picture, often does not make this move.

A hive may also have a good population to begin the fall, but by mid-winter, end up with too few bees to survive in the end? WHY?

As I stated earlier, in addition to food reserves and colony population, we need to be concerned honey bee health in the fall. We know that bees which suffer from parasite or disease problems do not live as long as healthy bees. I hear over and over again from beekeeping researchers and extension specialists that varroa mites are still the biggest threat to the health of honey bees. Not only are they a threat in themselves, but they also exacerbate other disease and pest issues and perhaps even other problems such as pesticide exposure. I still see lots of varroa mites, both in my hives and in those of beekeepers I visit. When beekeepers come to me with questions about colonies which have died for unknown reasons, I always ask whether they treated for varroa mites. If they did not, did they monitor for varroa and determine that it was not an issue? Almost invariably, the answers I get are no and no. They generally assume, that a hive strong in population does not have a varroa problem.

I always assume that varroa is present unless sampling indicates otherwise; it seems a logical conjecture based on my experience. At one time, professionals recommended that beekeepers automatically treat for varroa in the spring and fall. Later we later became concerned about over use of the toxic miticides which were the only treatments available at that time, so we advised beekeepers to monitor for varroa, and to treat only when numbers were above a certain limit which we call the economic threshold. In the last few years, I have become concerned that this recommendation of treating only when necessary has become a practice, among many beekeepers, of not being concerned about varroa at all and not monitoring their levels. We now have several newer and less toxic varroa control products available – some produced from natural materials. My suggestion, unless you are confident that varroa is not a problem based on regular monitoring and testing, is to treat to control varroa in the fall, using one of the less toxic products now on the market.